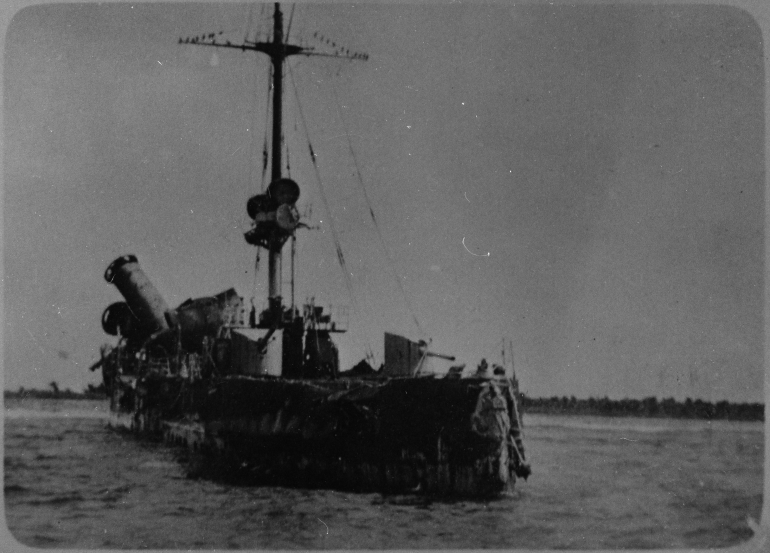 If you ask Vice Admiral Peter Jones what the most interesting aspect of the Navy's history is he will tell you it’s the very human stories of its men and women and their strong camaraderie that binds a ship's company together.

This is the basis of Season 6 of the Australian Naval History Podcast, beginning on 30 August 2021.

“We are particularly blessed this year to have so many naval veterans give their firsthand accounts of particular operations.

“The most compelling and emotional to listen to are definitely the account of the loss of HMAS Arrow by her captain in the Attack Class Patrol Boats in Northern Australia and the accounts of those involved in the two refugee episodes,” he said.

What began as part of UNSW Canberra’s Naval Studies Group, in partnership with the Australian Naval Institute, the Royal Australian Navy Seapower Centre, the Naval Historical Society and the Submarine Institute of Australia has grown to one of the top-ranking maritime podcasts in the world.

“If you were to say in 2017 that we would go on to complete 89 podcasts and have had over 150 different panellists then I would have been most surprised.

“These episodes have again demonstrated that the Royal Australian Navy has a particularly rich history. In the course of developing the Season 6 program we easily identified enough episodes for another two seasons,” said Vice Admiral Jones.

This season also sees the introduction of four new younger comperes as well as having some new voices among the panellists, setting the scene for a strong future for the podcast.

The topics covered in Season 6 range from the British Royal Navy presence on the Australia station in the 19th Century to the Royal Australian Navy's service in the Persian Gulf in the 21st Century.

“Notably, the season includes an account of the famous Sydney-Emden battle in the First World War, amphibious operations in World War II and a number of episodes on peacekeeping and enforcement in the Sinai, East Timor and Iraq.

The episodes will be released weekly starting on Monday, 30 August and available via Soundcloud, iTunes, Spotify and most other podcast apps.

If you’ve missed the previous series, you can still catch up! All episodes are still available to listen to and include the Midget Submarine Attack on Sydney, the Battle of the Coral Sea and the HMAS Sydney's involvement in the Korean War.