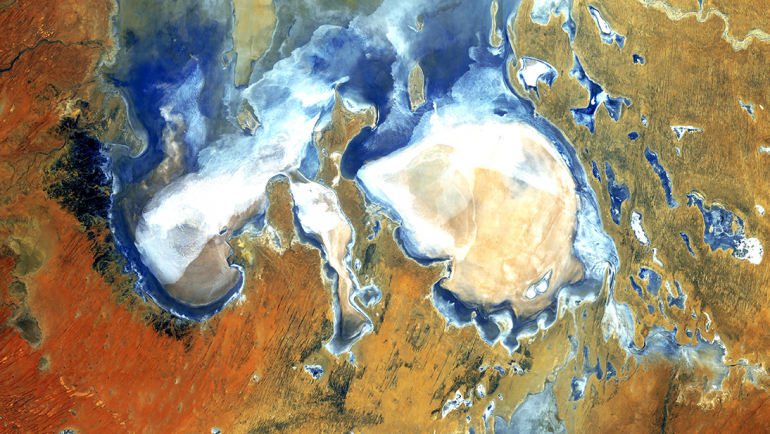 Twenty-one organisations from across Australia and the United States have found that a series of satellites fitted with hyperspectral sensors could become a key component in Australia’s space capabilities.

“In effect, this means that SCR data will improve the calibration of other sensors such as Landsat and allow for that calibration to be transferred to a variety of civil and commercial satellites to increase their overall utility,” ANCDF Manager and Space Systems Engineer Denis Naughton said.

“These datasets could improve the quality of Earth observation image products for important applications such as climate science, disaster management, water resources monitoring, agriculture,  and land use.”

Australia is one of the largest users of Earth observation data worldwide, relying on data supply from foreign governments and the private sector. UNSW Canberra Space Director Professor Russell Boyce said there was a need for Australia to develop its own Earth observation capabilities.

The study, which was funded by Geoscience Australia, concluded that the SCR mission was both technically and programmatically feasible.

The Pre-Phase A Study for the Australian Development of a Satellite Cross-Calibration Radiometer SCR Series Including Potential to Support Partner Land Imaging Programs was published today by UNSW Canberra. It is one in a series of reports that will inform the upcoming Australian Space Agency’s Earth Observations from Space Technology Roadmap.

It is the 12th study conducted at the ANCDF and follows a recent scoping study for AquaWatch Australia, a joint initiative between CSIRO and SmartSat Cooperative Research Centre, which aims to use space technologies to monitor the quality of Australia’s fresh and coastal water bodies.