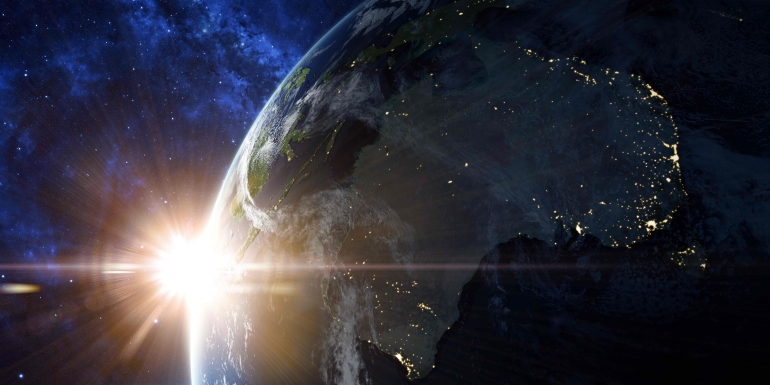 The Australian Space Agency’s official launch in the nation’s capital has been welcomed by UNSW Canberra.

The formation of the agency is a milestone for the space sector, and Australia’s leading space program, UNSW Canberra Space, looks forward to working with the agency.

“We stand ready to work with the Australian Space Agency to develop space technologies that in turn can deliver information to meet needs and also to grasp opportunities as Australia moves forward in this exciting time,” UNSW Canberra Space Director Professor Russell Boyce said.

The Head of the Australian Space Agency, Dr Megan Clark, said the agency’s purpose was to grow a globally respected space industry that lifted the broader economy and inspired and improved the lives of Australians.

“Every day space provides essential data for banking, TV, internet access, and GPS to simply know where you are,” Dr Clark said.

“Space underpins almost every part of the broader economy, helping farmers seed a crop between the rows of last year’s crop, marine vessels navigate, and emergency crews get up-to-date information. Growing how we use space will change how we live and work including providing new opportunities for communication in regional and remote areas.”

Professor Boyce said Australia’s opportunities in space were in combining our growing expertise in “Space 2.0” with disruptive technologies in which Australia  leads the world.

“Space 2.0 is about the clever use of constellations of miniature satellites, such as cubesats, that are agile, affordable and can be reprogrammed while they are on orbit to deliver new outcomes on the ground,” he said.

“That’s what UNSW Canberra Space is about, and we’re the largest and leading Australian space mission capability.”

UNSW Canberra is also playing a leading role in drafting the definitive document on laws relating to international military and security issues in space.

The Woomera Manual on the International Law of Military Space Operations was co-founded by the Director of the Australian Centre for the Study of Armed Conflict and Society and UNSW Canberra Professor Rob McLaughlin.

“Space is a key enabler for communications, surveillance, early warning, navigation systems and is a critical security and conflict domain,” Professor McLaughlin said at the launch of the project in April.

“Such extensive use of space by military forces has produced a growing awareness that space-based assets are becoming particularly vulnerable to adverse actions by potential competitors.”

Dr Clark said the Australian Space Agency would build the country’s reputation as a responsible global citizen committed to safe and secure operations in space and on Earth.

“Key to our success will be building partnerships around the globe and at home that realise shared ambitions,” Dr Clark said.