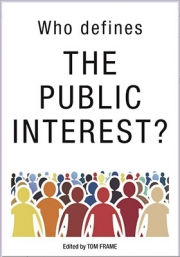 WHO DEFINES THE PUBLIC INTEREST?

Who defines the public interest? As the contributors to the collection have shown, the question itself is complex: which public and whose interests? The answer is controversial as well: it is not simply politicians and bureaucrats although they have a prominent role. Journalists and academics, community leaders and private citizens have all seized the initiative and asserted their entitlement as members of the public to assert shared interests and common aspirations principally in advocacy but sometimes through action. Does the authority to define the public interest come with a duty to see it promoted and protected? In addition to canvassing competing visions and contrasting expressions of the public interest and their relationship to the common good, the contributors also examine the limits of public interest claims and how a range of professional groups might discharge their obligation to act in the public interest. 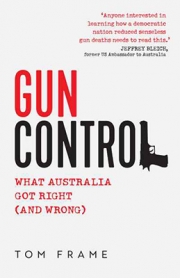 Gun Control: What Australia got right (and wrong)

In the aftermath of the Port Arthur massacre on 28 April 1996 – when a gunman murdered 35 people and injured another 23 at a popular Tasmanian tourist attraction – John Howard, a conservative prime minister who had been in office for just six weeks, surprised his colleagues and startled the nation by moving swiftly to transform Australia’s lax firearm laws. The National Firearms Agreement, produced just twelve days after the massacre with support from all levels of government and across the political divide, is now held up around the world as a model for gun control.

Gun Control analyses whether the Australian Government achieved its intention and what it might have done in response to the massacre, and didn’t.